Share a memory
Obituary & Services
Tribute Wall
Read more about the life story of Rodney and share your memory.

Rodney E. Little, age 73 of Lonsdale, MN passed away unexpectedly at his home on Monday, December 19, 2022.

Rodney Errol, the son of Robert and Nona (Swartwoudt) Little was born on July 28, 1949 in Northfield, MN.  He attended Northfield High School and graduated with the class of 1967.  Following high school, Rodney served in the U.S. Army during the Vietnam War.  On June 10, 1972 he was united in marriage to Irene Thomas at the Most Holy Trinity Catholic Church in Veseli, MN.  Rodney was a lifelong farmer in Forest and Bridgewater Townships.  For 30 years Rodney also delivered the Faribault Daily Newspaper and Rice County Shopper.  He enjoyed farming his land and tending to his animals.  Rodney and Irene enjoyed taking long road trips to Iowa, Wisconsin and Duluth.  Rodney was also a lifelong caretaker of Cannon City Cemetery and was President of the Cemetery Association.

He is survived by his wife, Irene Little of Lonsdale; by his daughter, Irene Helgeson of Faribault and by his son, Mike (Kim) Little of Dundas; by eight grandchildren, Trent Churchill (Brittany Fisher), Cole Little, Ethan Little, Cameran Helgeson, Ava Little and Kailee Little and step grandchildren, Chelsie (Aaron) Gillen and Skylar Helgeson; by one great grandchild, Kinsley Churchill and two step great grandchildren, Scarlett and Leo Gillen; by his sister, Ronna Richardson of Faribault; by brothers-in-law, Lee (Linda) Thomas of New Prague, and Bob Thomas of Faribault; by his sisters-in-law, Mary Ann Thomas and Joan (Dale) Brooks, both of Faribault and by many nieces, nephews and other relatives and friends.

He was preceded in death by his parents, Robert and Nona Little, by his sister, Roberta Little, by his In-laws, Sylvester and Beatrice Thomas, by his brother-in-law, Vern Richardson and by four sisters-in-law, Sandy Thomas, Annie Cortez, Sharon Meillier and Darlene Thomas in infancy.

Funeral services will be held on Thursday, December 29, 2022 at 1:00 p.m. at the Parker Kohl Funeral Home in Faribault with Bernadette Tatge, Pastoral Minister officiating.  Interment will be held at the Cannon City Cemetery with military honors provided by the Rice County Central Veterans Association.

Visitation will be held at the Parker Kohl Funeral Home & Crematory on Wednesday, December 28, 2022 from 4:00 to 7:00 p.m. and on Thursday for one hour prior to services.

To send flowers to the family or plant a tree in memory of Rodney E. Little, please visit our floral store. 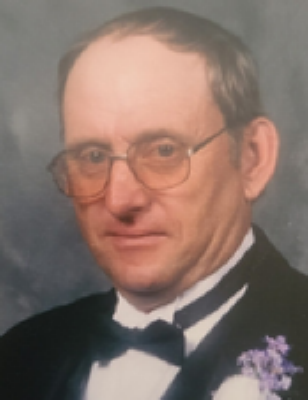