Share a memory
Obituary & Services
Tribute Wall
Read more about the life story of Lowell and share your memory.

Lowell Douglas Berg died January 13, 2023 at The Moments in Lakeville following an extended battle with Lewy Body Dementia.  He was born April 17, 1943 to L.A. “Skipper” and Valborg Berg in Minneapolis, Minnesota.  Although born in Minneapolis he was raised in Albert Lea.  Lowell was baptized and confirmed in the Lutheran Faith.

He attended school in Albert Lea learning many things, including how to play the trumpet in fourth grade.  He began playing with his Dad when he was 14 in the Viking Accordion Band and then the Skipper Berg Band.  He joined the American Federation of Musicians in 1959.  Lowell continued to play and then run the band following his Father’s death in 1995.  He was the secretary/treasurer of the American Federation of Musicians Local 567 for many years. At a young age Lowell was also active in Cub Scouts and Boy Scouts.

During high school Lowell worked at the Busy Bee Shoe Shop in Albert Lea.  He eventually bought the shop and ran it for many years before selling it.

Lowell graduated from Albert Lea High School with the class of 1961.  Following graduation Lowell continued his education at Mankato State University earning a bachelor degree in business education in 1966 and returning to earn his Master’s Degree in Business Education in 1969.

Lowell’s first teaching job was at the Agricultural High School in Waseca where he taught one year.  He then got a teaching job in Morristown, which later merged with Waterville-Elysian. Throughout his career he taught business related classes and driver’s education/behind the wheel until his retirement in 2000.

Following retirement Lowell worked at the Legacy Golf Course in the pro shop for several years.

Lowell married Mary Lou (Steberg) Berg in 1967.  They had three children together Steven, Cheryl, and Brian.  They later divorced.

Lowell was joined in marriage to Flavia (Siems) Berg in 1991.  They built a home on the farm Lowell had outside of Faribault.  Together they had the opportunity to take many trips and began going south for the winter in 2005, escaping the cold winters of Minnesota.  He spent the winters at Victoria Palms Resort in Donna, Texas, where he enjoyed bowling, bean bags, dominoes, and for a short time darts.  Mostly he enjoyed not shoveling the snow.

Lowell loved his dogs and his home always had one or two waiting for him when he came home. He enjoyed spending time in the shed or his office, working on whatever project needed being done.  He was an avid deer hunter, working to get his stand ready each year. Hoping a big one would walk by.  He enjoyed spending time at the Great Minnesota Get Together, just walking and listening to the great music. In recent years he had discovered the Vintage Band Festival in Northfield, music was a part of his soul.

Funeral Service will be held on Thursday, January 19, 2023 at 11:00 A.M. at First English Lutheran Church in Faribault, with Rev. Mark Johnson officiating. Interment will take place at Maple Lawn Cemetery in Faribault. For those unable to attend the service will be livestreamed through a link found on Lowell’s obituary page.

Memorials preferred to the Lewy Body Dementia Association to further research in finding a cure.

Funeral arrangements are being completed by the Parker Kohl Funeral Home & Crematory of Faribault.

To send flowers to the family or plant a tree in memory of Lowell Douglas Berg, please visit our floral store. 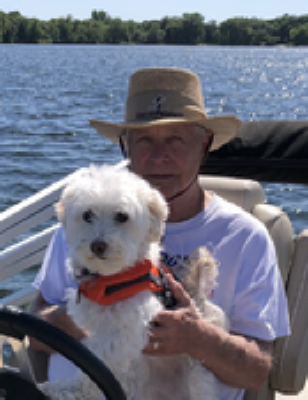