Share a memory
Obituary & Services
Tribute Wall
Read more about the life story of Janet and share your memory.

Janet Marie, the daughter of Adolph and Verena (Schweisthal) Friesen was born on August 23, 1939 in Faribault, MN.  She attended Faribault Senior High School and graduated with the class of 1959.  On July 1, 1961 she was united in marriage to Bernard Pumper at the Immaculate Conception Catholic Church in Faribault.  Bernard preceded her in death on August 26, 2007.  Janet was a home maker most of her life and was a caretaker for grandchildren and nieces and nephews.  She also worked for the Faribault Daily News.  Janet loved her family and loved kids!  She enjoyed spending time with her family and especially her grandchildren.  They enjoyed playing cards and dice games together.  Janet was an avid bingo player and loved going different places to play.  She also enjoyed bowling, gardening and playing her lottery tickets.

She is survived by her children, Sharon (Arthur “Billy”) Schultz of Dent, MN, Wayne (Deb) Pumper and Paul (Kathy) Pumper, both of Faribault; by six grandchildren, Susan (Chris) Watercott, Bradley (Amy) Schultz, Samantha (Matt) Fischer, Jon Kanzenbach and fiancé Melanie Becker, Cassandra Pumper and fiancé Willy Miller and Rebecca Pumper; by thirteen great grandchildren; by her sister, Noreen Giefer of Faribault; by her sister-in-law, Barb Friesen of Faribault and by many nieces, nephews and other relatives and friends.

She was preceded in death by her parents, her husband, her infant daughter, Susan Marie Pumper, her infant grandson, Wayne J. Pumper, her twin sister, Janice Drache and her brother, Gerald Friesen.

Funeral services will be held on Saturday, December 31, 2022 at 11:30 a.m. at the Parker Kohl Funeral Home & Crematory with Bernadette Tatge, Pastoral Minister at Divine Mercy Catholic Church officiating.  Interment will be held at the Calvary Cemetery, Faribault.

Visitation will be held at the Parker Kohl Funeral Home & Crematory of Faribault on Saturday from 9:30 to 11:30 a.m.

To send flowers to the family or plant a tree in memory of Janet M. "Peewee" (Friesen) Pumper, please visit our floral store. 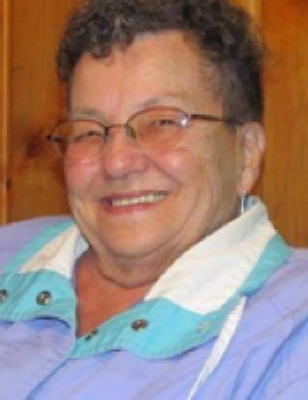