Share a memory
Obituary & Services
Tribute Wall
Read more about the life story of Dennis and share your memory.

Dennis Robert, the son of Bobbie and Ardith (Cameron) Fillipi was born on May 7, 1943 in Hallock, MN.  Dennis attended Warren High School.  On May 9, 1964 he was united in marriage to Julianne Chruszch.  Dennis and Julie moved to Plainview, MN and owned and operated a hardware store until their building  burned down.  They then moved to Faribault in 1980 and started a Hardware Hank and later became Ace Hardware. In 1996 they opened an additional Ace Hardware in Northfield, MN.  Denny enjoyed the daily interaction with the customers and the friendships that were formed from it.  In 2002 the couple decided to retire and sold both stores within a week.  Denny was passionate about fishing and enjoyed any time he could get on the water.  He also enjoyed golfing, and daily coffee with his friends. Most of all, Denny enjoyed time spent with his family.

He is survived by his wife of 58 years, Julie Fillipi of Faribault; by his children, Shawn (Susie) Fillipi of Faribault and children, Dahlton, Gabriel and Asia; Christopher Fillipi of Eagan, MN and sons, Bretton and Nicholas of St. George, UT; Danelle (Dani) Thomas of Madison Lake, MN and her daughter, Jordan and stepson Dylan; former spouses of children, Jeremy Thomas and Connie Fillipi; by his siblings Jerry Fillipi of Emerado, ND and Shirley Larson of Oslo, MN and by nieces, nephews and other relatives and friends.

He was preceded in death by his parents and his sister, Janice Kuralle.

Memorial services will be held on Friday, December 30, 2022 at 11:00 a.m. at the Little Prairie United Methodist Church in Dundas, MN with Pastor Penny Bonsell officiating.

Memorial visitation will be held at the church on Friday morning from 9:00 to 11:00 a.m.

Arrangements are being completed by the Parker Kohl Funeral Home & Crematory of Faribault, MN.

To send flowers to the family or plant a tree in memory of Dennis R. Fillipi, please visit our floral store. 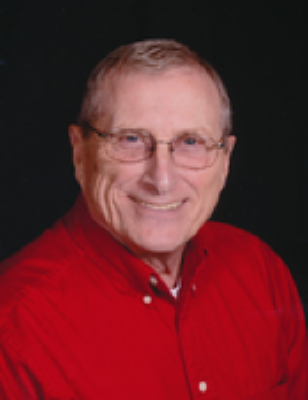